Running is tough to get into. You’re constantly beating yourself up and sometimes it’s just you out there all alone putting in the miles.

Running is a great sport to get into because you get out what you put into it. If you put in a half hearted effort the weeks prior to a race, you’re going to race slow.

You might not even finish because you’re out of shape, or worse…

I hate to say it, but maybe you’re injured. Those knock off New Balances or Under Armor shoes won’t do you any good. You’ll be treating shin splints forever in those types of shoes.

In fact, it’s slowing you down.

You’re wasting precious time from the progress you could be making running injury free.

Let me ask you a question, for those who’ve tried running as a workout, have you told yourself you’d stick with it for a couple of weeks?

“….Okay, now you’re way too sore to workout the next morning”

“…a couple of days a week should be okay”

“…there’s no way I can do this…what about weekends only?”

You want to run and be consistent, but unfortunately, your body won’t let you.

Your feet can’t take any more pounding on the cement, and your shins keep on screaming to slow down.

Injuries suck. I know all too well what it’s like to have a season of running ripped away from you because your body won’t allow you to run. It’s a lonely feeling to watch the people you’ve trained with excel and move on to the next level.

You want to compete and improve yourself, but there’s no way you can go on.

You’re injury prone…but why? Why does it seem like you’re always treating shin splints?

A lot of the times, it’s because of wearing the wrong shoes. Cheap shoes won’t last you long, and when they’re worn down over wear and tear it’s only a matter of days before you’re hurt.

Novice runners might waste too much money on all the cool water bottle gear or flashy shirts they can wear for a run, but they won’t put that same effort into the type of shoes they run in.

If they do find a long lasting shoe, the ride feels too stiff. There’s no soft feeling underneath them, and each stride they take is another inch closer to injury.

Time spent recovering from an injury should be used for training!

You can’t beat your competition if you’re icing your feet on the couch watching T.V!!

I bounced around from different running shoe brands, but they didn’t last long and they couldn’t handle all of the weekly mileage I ran.

Over Summer I try to hit 80-90 miles a week, but it’s no use if I’m hurt before the season starts!

One of my good friends had a bad history with running injuries as well. Now he’s a great runner I look up to because of his speed and leadership.

He’s unbreakable. After 90+ mile weeks, he’s ready to go for the upcoming race with no sign of pain in his feet.

After 90+ mile weeks, he’s ready to go for the upcoming race with no sign of pain in his feet.

He switched to Hoka One One Running shoes and hasn’t looked back ever since. When I saw his dramatic turnaround, I wondered if I should invest in a pair.

At first, I laughed at the design and marketing of Hoka. It just looked like a gimmicky product.

Sort of like a toy you’d find at Wal-Mart.

I was so, very wrong, to judge this brand.

These shoes look like their heavy duty, but they’re as light as a racing flat (8.6 oz Men Size 9.) They’re so phenomenal that describing how they feel with words wouldn’t get the job done.

You need to try them on yourself. Witness greatness. It’s a quality shoe that’ll last you for a good Summer of hard running (and throughout the season of course).

Hoka Shoes are cushioned so you can keep on training and crank out 18 mile long runs every weekend. Each step propels you forward because of the superior footing of the shoe.

The EVA midsole generates the signature Hoka One One bounce. The frame of the shoe puts less stress on your Achilles and ensures that your heel transition is also smooth. Say goodbye to treating shin splints as well!

Aside from taking on your weekly long runs, surely you have a good mix of interval workouts throughout your weekly training.

Hoka Shoes are ready to go as your own training flats. You can knock out 1,000 km repeats or 2.5-mile interval tempos in these shoes with ease. Your feet won’t be gasping for air after each interval because the design of the shoe doesn’t suffocate your entire foot.

Great Deals For Each New Shoe

I personally run in Hoka Clifton 3’s (pictured) and I have run in the Clifton series for the past few years. Whenever they release a new Clifton shoe the version right before it goes on sale. Why would you waste time switching back into a different brand? Oh, so you like treating shin splints?

Stick to Hoka. It’s easy to pick up extra pairs of shoes to save money for the future! 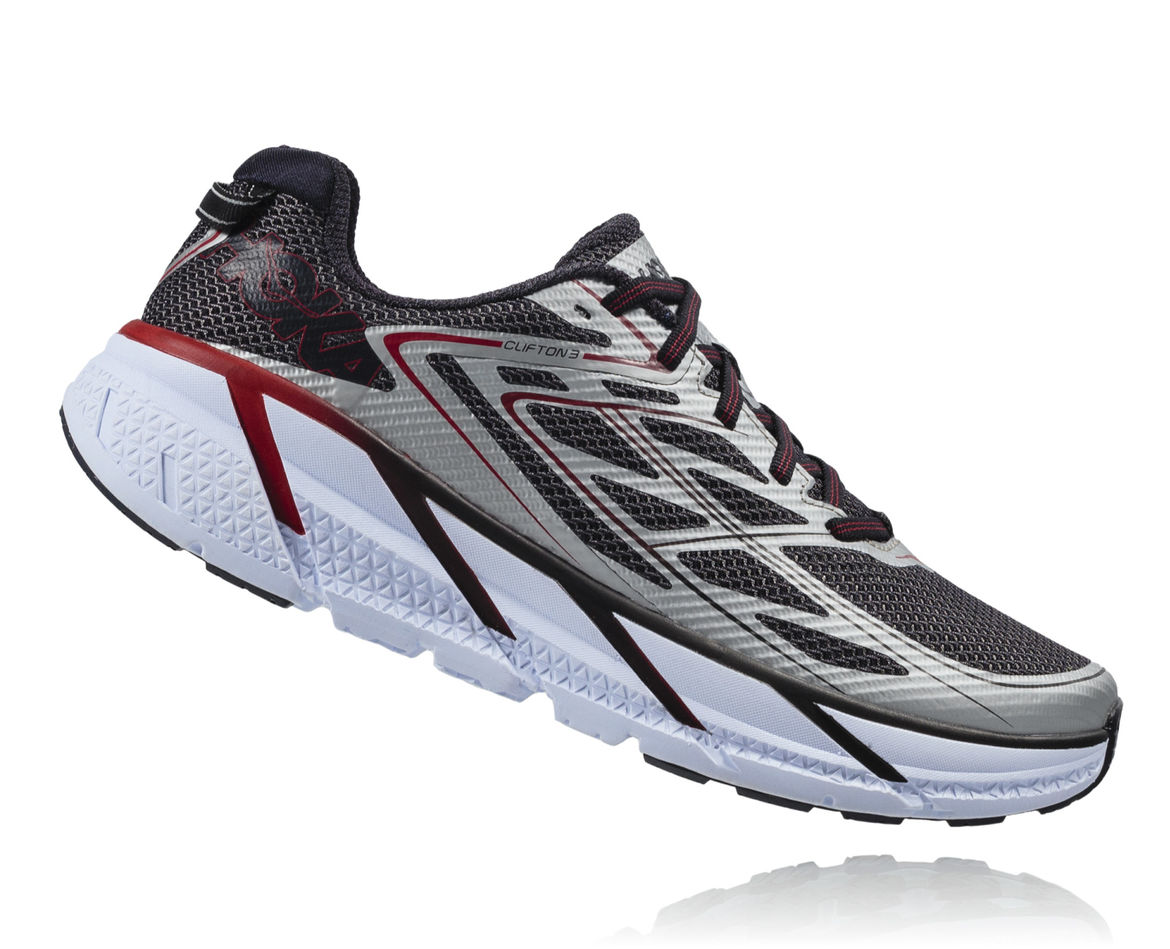 Check them out right now. Switch over to Hoka!