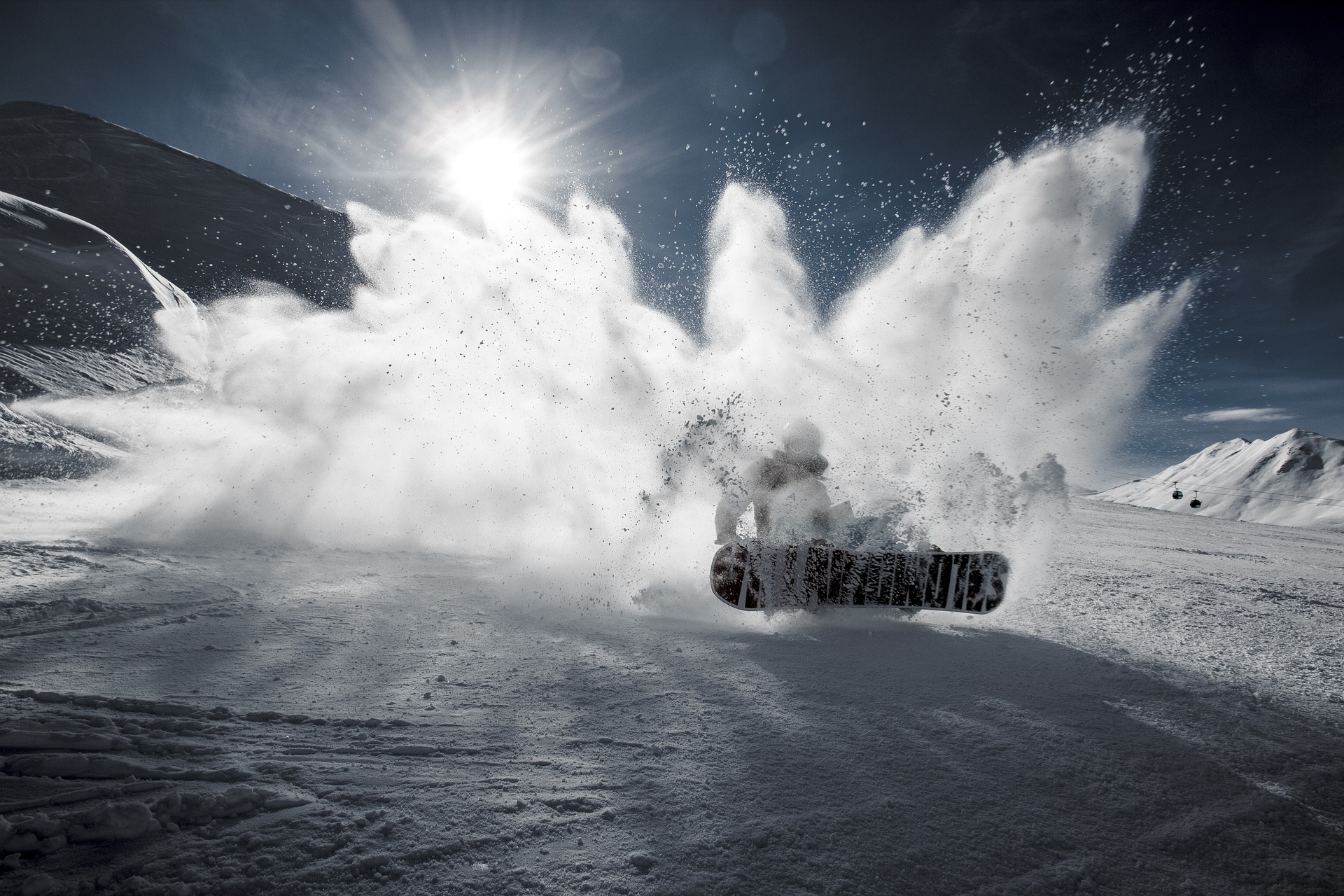 Recently, I took the Madrid bus from Moncloa over to Rascafrá to hit the slopes. It was sorta-kind-of an unplanned/last minute trip, but we managed to make it work! I was even surprised that there were some ski resorts in Spain. The last time I went snowboarding was about two winters ago; it was an amazing feeling to pick up where I left off (after the first couple of tries of falling over and over again of course).

After our trip my friends and I laughed about all of the times we made mistakes. Make sure you take care of these things before you head off to snowboard or ski in your area.

“Why in the world would you bring sun screen for a winter sport? You’re going to be cold you idiot!”

If you don’t bring sunscreen up to the ski resorts you’re going to burn your face and deal with peeling skin over the next week #aloevera. Have fun looking at the mirror as your skin peels off!

The snow’s reflective surface increases your chance of getting a sunburn. Not to mention, the cold air sucks out all of the moisture of your skin. When we finished snowboarding, my friends and I all made fun of each other because of our burns.

Now we’re dealing with the peeling skin and other people are taking notice. Don’t be like us.

Pack A Lot of Extra Food/Snacks

This is a given tip, but it can be easily overlooked due to laziness. I only packed a couple of cereal bars up with me to the mountains. After a nauseous 90 minute stop and go public bus ride, the cereal bars weren’t going to cut it.

It didn’t help that all of the food in the ski resort was overly priced; the lines were crowded with other monkeys who were too lazy to bring food as well. Most ski resorts try to charge you as much as they can for easy stuff you can bring from home. Pack your peanut butter sandwiches, Nutella spreading, Ritz Crackers, hard boiled eggs, and Clif Bars right now. Seriously, stop reading this list and go do it because I said so. Don’t forget to pack even more after that because you’re going to be exhausted and starving after snowboarding.

Ski resorts aren’t known for their cuisine, they’re here to take all of your money while you try and have fun! We all waited in line to grab a bunch of chicken sandwiches, hamburgers, and donuts to keep us full. This took up the time and money we could’ve used for snowboarding/skiing (the food wasn’t bad not gonna lie).

This ties along with bringing extra food for you to eat before and after your snow session. There aren’t any water fountains waiting around the ski resorts, and if there is water at any of the lifts-it’s probably tagged at an outrageous price.

You’re going to be skiing and snowboarding all day, so naturally you’re going to feel exhausted and dehydrated. There’s no better feeling than drinking up Powerade after exercising for a long time.(Yeah, I’m team Powerade not Gatorade)

Double Check Return Times (and Locations) For The Bus

This is another common sense thing to do. If you’re in another country where the people there don’t speak your language, however, then it might be easy to forget this crucial tip.

My friend Emilio and I both called up the Madrid Bus Stop to ask about which line to take for Valdesquí. When we heard the right information from the employee on the other line, we were hyped up because we understood what was told to us. The excitement overtook us so much that we nearly forgot to ask about return times. The lady on the other line told us that there were plenty of buses ready to pick us up after the resort would close. We thanked her and hung up, but we didn’t ask where the locations for the return bus were.

Thankfully, it all worked out once I attempted to ask some locals about the return bus back to Madrid (before one of the girls told me to just go ahead and speak English because she couldn’t stand my beginner spanish). This lack of knowledge kept me paranoid throughout the day, and it would’ve been much easier to know about the bus information before we were up in the mountain.

Keep On Confirming Rental/Lift Costs (call them up, and for both equipment)

It’s easy to get lost in translation for how much the ski lift tickets and gear costs. Once you figure out how much everything costs (and the conversions for the currency) double check and ask the person on the other line how much it costs just to confirm. Do it again, and you might as well just keep asking them until they get annoyed at you, and then confirm another time. You don’t want to waste any money by figuring out how much the total is once you’re at one of the ski resorts.

Don’t Throw Up On Your Jacket

This is another fun (gross) last minute tip, but you should ‘fasho bring an emergency bag up with you on the long drive. If you don’t have anything extra for when worst comes to worst, you’ll probably have to use some of your clothes to contain yourself. Hopefully the people won’t notice, but you’ll have to keep to yourself for the duration of the ride which isn’t fun at all. I know from a recent experience…

…Or Forget It On The Lift

When you take your group picture with the scenic mountain view don’t take off your jacket..if you do, don’t forget to bring it back with you before you start snowboarding again. Otherwise, you’ll find out that the snow/ski area is closing down early and you won’t be able to retrieve your jacket. You can try to ask the people for help, but since they don’t understand English very well…it’s unlikely. Let’s be real, the people working there on a weekend are ready to head home. My friend was told “buenas suerte” when he tried telling the information booth that he needed to get his jacket back up on the slopes. They probably understood him, but they didn’t have the energy to deal with the problem at the moment. 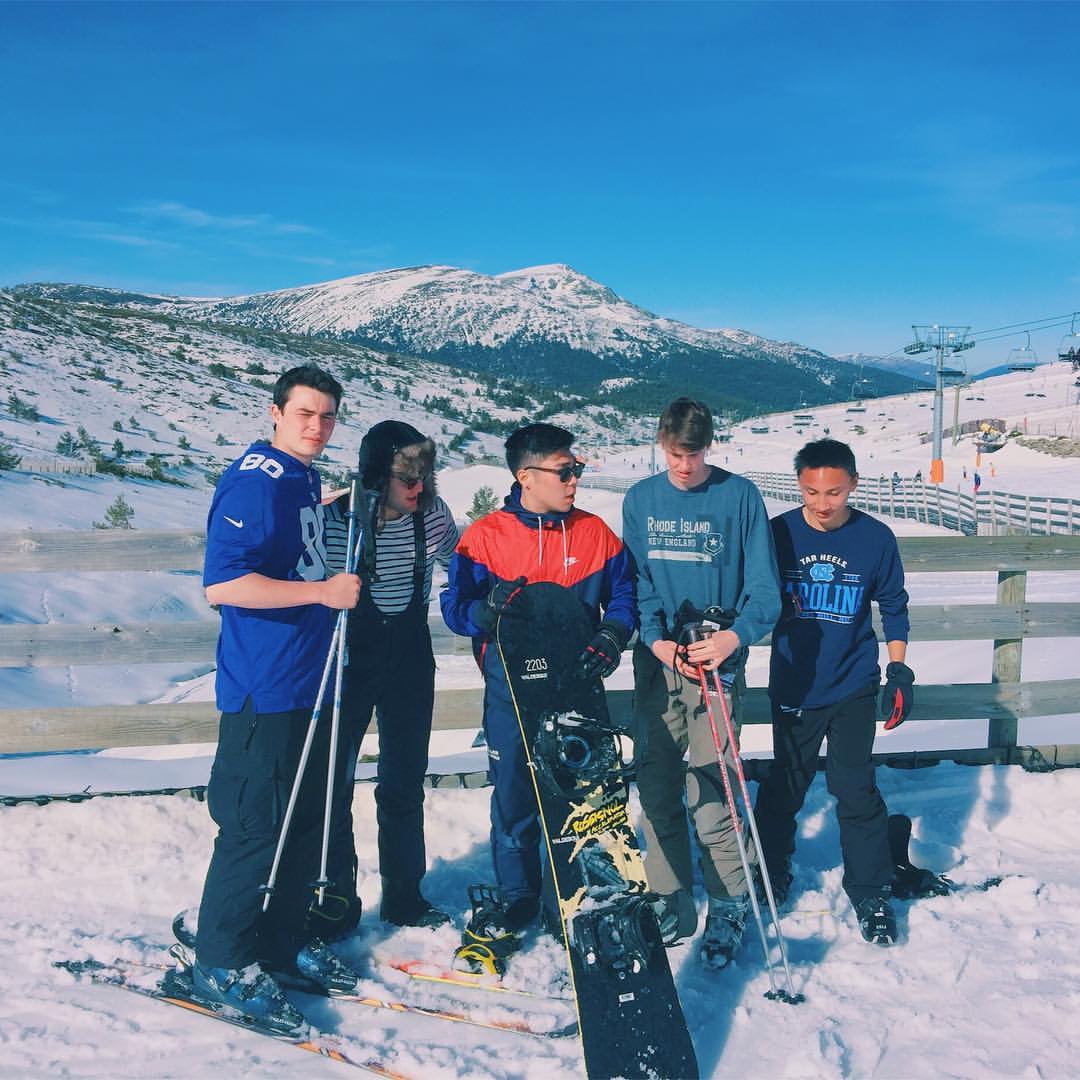 If you enjoyed this little post, entertain yourself with my much more robust Street Skating Starter Guide!

…also take the time to learn about why you should learn to surf (I mean, if you’re going to pick up snowboarding and skateboarding, might as well start surfing…