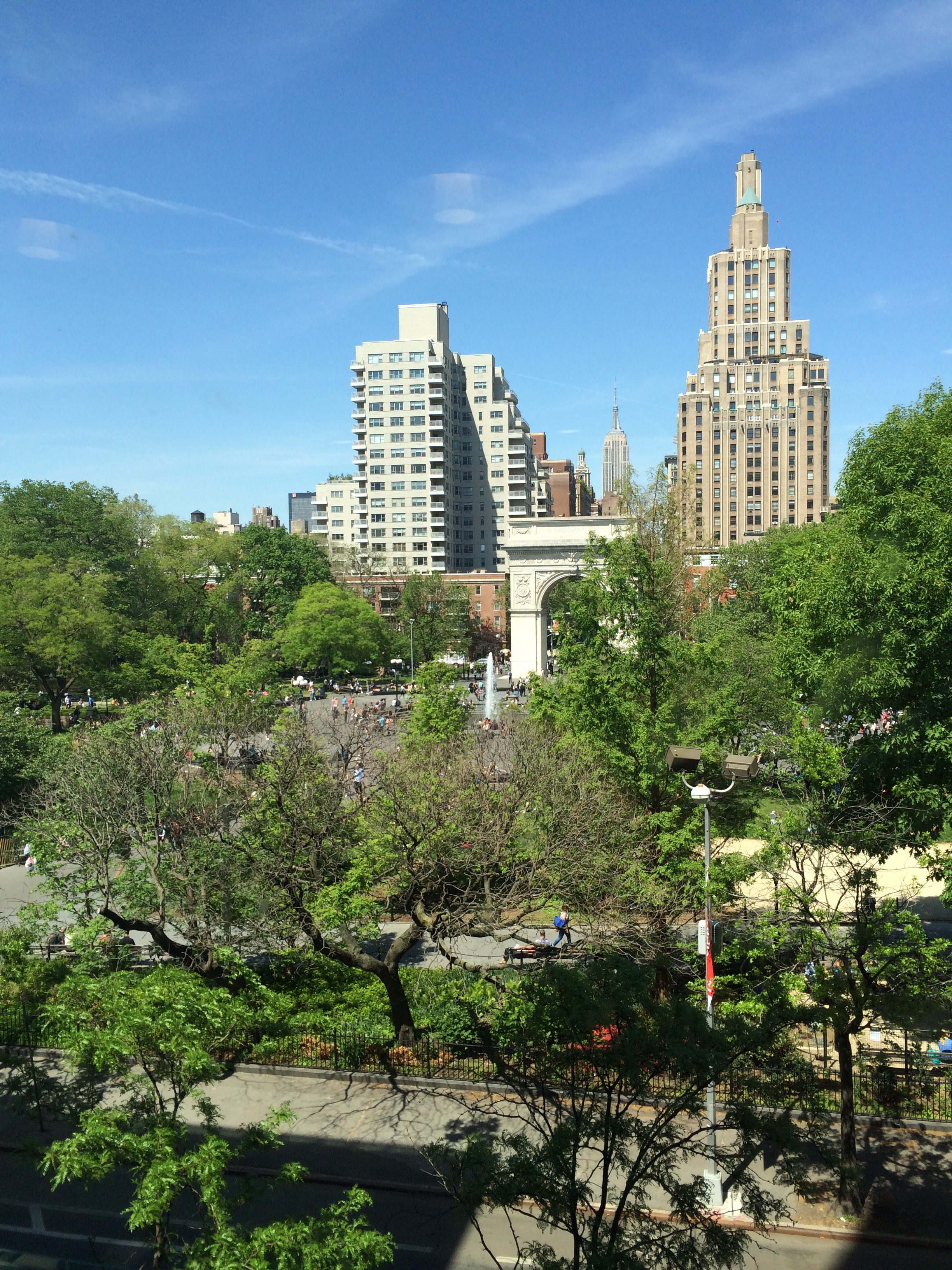 When I first visited New York City it was obvious that I was not from around there:

Four months later I returned to the city for move in day at NYU. The warmer weather transformed everything! NYC had color, the fountain at Washington Square Park brought everyone together!! Growing up near San Diego, I was spoiled with warm weather. I never understood what the big deal was with the SoCal climate until I experienced New York. Now I feel silly just using up this paragraph to talk about weather, but YOU WILL MISS THE SOCAL WEATHER WHEN YOU CHOOSE TO LIVE IN NEW YORK!

Ditching the jacket and stupid thirty degree weather was a plus, but I still had no idea what was going on during my first few days..okay weeks/months in Manhattan.

YOUR KEY GUIDELINES FOR VISITING, LIVING, WHATEVER, IN NEW YORK:

1.You Can’t Put A Target On Yourself

It’s imperative that even if you are a tourist in the city, you don’t give people the impression you have no idea what you are doing. Scammers will stop you in your tracks to offer their “dope af” new mixtape. You’ll be offered a “cheap” bike tour of Central Park. Old men will run into you and demand that you pay for their glasses because “you pushed them.” You’ll get 4 different  confusing directions about how to get to the South Ferry.

Especially when you have no idea about where to go and what subway to take, I recommend you surround yourself with a large group of people that you know. I had the benefit of my new NYU Cross Country team. This was a mix of people who were completely new to New York, as well as seasoned veterans. They answered (and still answer) every goofy question that I had about the subway, how to get to Union Square, and how to not get ripped off. Scammers won’t bother with a large group of people and you’ll basically navigate the city with a human shield.

Don’t want to be near a lot of people? No problem, find (or make) a friend or two that you trust. Join Filipino Club at your school and get matched up with an awesome big who’s been in the city longer than you have. Shut up and let people who know what they are doing handle business. Ask questions when you start to become familiar with everything, you may even learn that “oh that’s the Freedom Tower not the Empire State Building!” Like me.

2. Be Fearless When Asking For Help From Strangers

Okay, yeah that’s common sense to find some people you trust to show you the ropes of Manhattan. Well, maybe you lost your friends in a crowd or weren’t listening when they said to get off the subway. Now you are stuck with another California kid and both of you guys are freaking out. You’re about to call your mom and tell her that this “city” thing isn’t working out and you want to go home.

Calm down, just ask for help

When I was separated from my team it was just me and my newfound friend looking around confused. We were both from California so neither of us were familiar with New York life. I wasn’t used to just going up to strangers asking for help (horrible habit), but thankfully my teammate was. IT IS SIMPLE! JUST ASK FOR HELP!

Make the question quick and to the point:

Do not say “excuse me miss I am sorry, I do not mean to bother you…do you have a moment? Okay sweet, haha yeah I know… it is a nice day! Um, yeah so my phone is not working right now and me and my friend I met 6 hours ago are kinda lost. You see Manhattan is a cool place but when I think Manhattan I think Manhattan beach! Therefore with this logic I am currently lost, I plan on updating this status to Facebook once my phone is working again. Would you happen to know how I can get back to Washington…wait it was Washington Square Park right? Oh yeah, would that be uptown, downtown, is it on this street?”

Do this instead: “Excuse me, which way to University Place?”

Everyone in Manhattan walking around has something to do. They do not have time for your drawn out question. Just ask for help and move on. 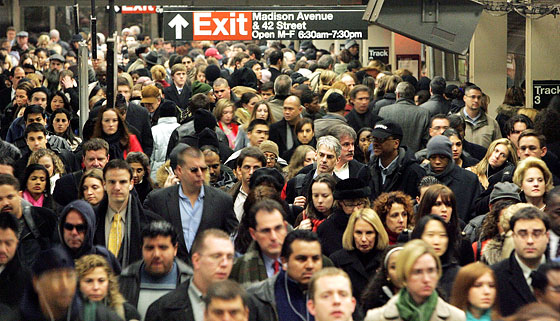 3. Remain Skeptical For Who You Talk With

Always increase your awareness ten fold when people approach you-even when someone asks for directions.

Red Flags To Watch For:

I’ve heard stories from friends who fork out twenty to forty bucks to these strangers. They shake the scammers hand and they are trapped. They beg the person asking for a donation and feel the pressure to give some money when they become surrounded. Then they are stopped again a couple of blocks after the scammer calls up his buddy and says that your wallet is loaded. Some of these guys threaten to violently burst out; they insist you give them a donation for their “free” mixtape. You can find warnings all over, especially in Times Square about tourists who get harassed by these scammers. 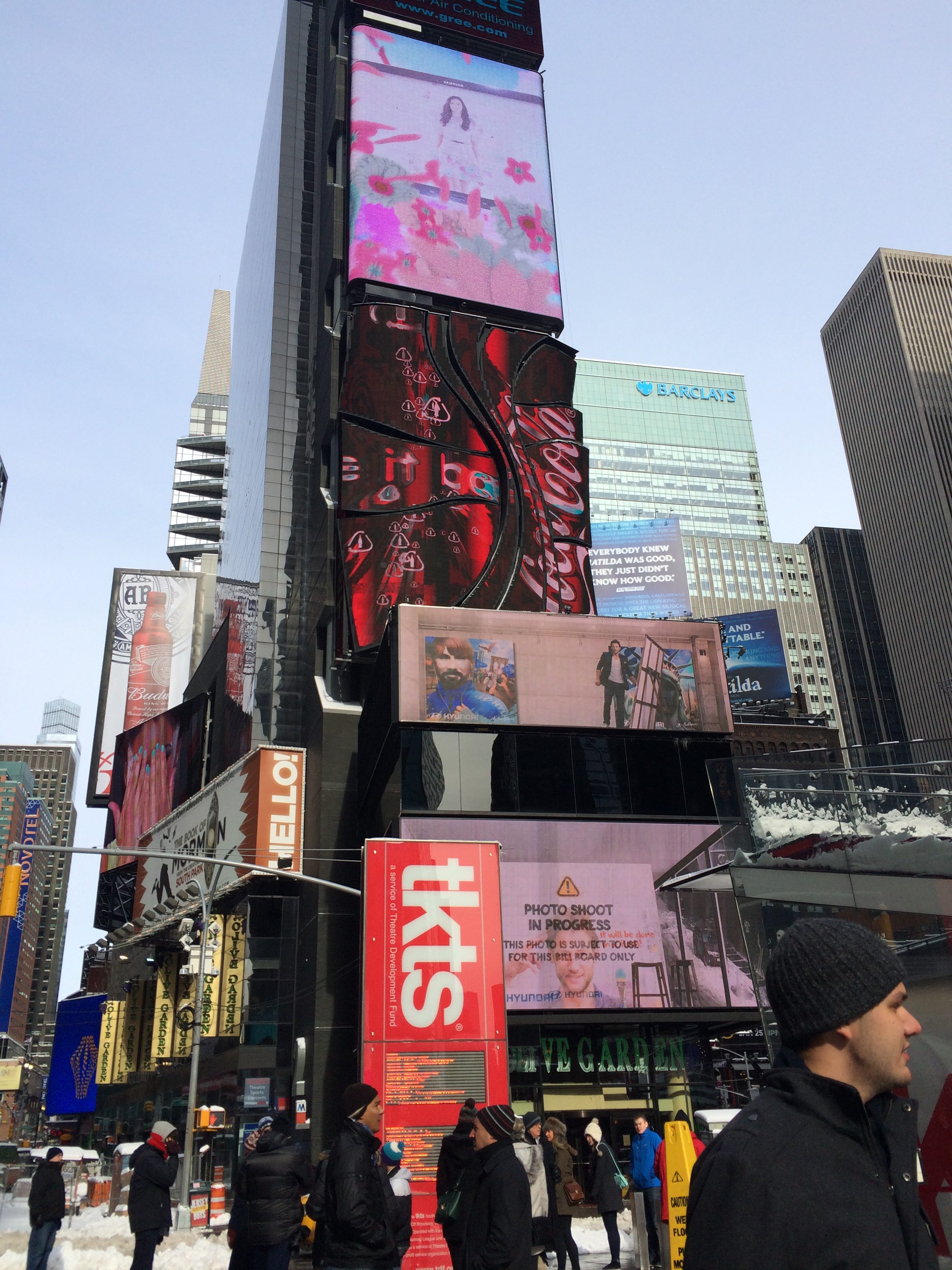 When I was visiting NYU/New York for the first time I went with my Uncle to check out Times Square. I was in tourist mode and a man held out his mixtape smiling and said  “check this out it’s free!” In stride, I grabbed the CD laughed out loud and joked about how awesome it was that this was free. My Uncle should have yelled at me but he quickly took the CD from me and gave it back. The group of men suddenly went from friendly to vicious:

“Hey you already grabbed this, you gotta pay bro!”

My Uncle cut them off and walked away. It also helped that he started shouting back louder than everyone there. It worked as the cops came to the scene and shut down their scam. We gave up zero dollars.

The bottom line is to not accept any “free” handshake, CD whatever. Just walk away. Show self respect and value to your time.

Even if a person is acting super friendly just remain skeptical and watch your back. If they start talking in a drawn out statement run even faster: it’s obvious they didn’t listen earlier when I said to make it quick and to the point.